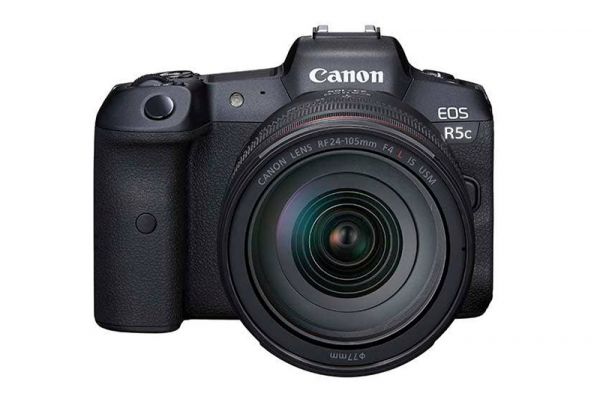 The Canon rumor mill is churning. Several outlets, including Canon News, are claiming that Canon inadvertently confirmed the imminent arrival of the EOS R5c—the successor to the R5, announced in the summer of 2020. Apparently, readers spotted an image with the name “EOS_R5C_Teaser-01-ProNews,” which was accidentally released by Canon UK. The picture has since been renamed on the company’s website, but it seems clear that the cat has been let out of the bag. Some are suggesting that the announcement will be coming next week.

If the rumors are to be believed, the R5c is a video-centric version of the original camera boasting various upgrades, most notably an active cooling system that allows for “unlimited” 8K/30p recording. (The R5’s overheating issues and recording limits when capturing high-frame-rate footage have been well documented.) Apparently, the R5c will have a slightly larger body with the LCD screen positioned further away in order to make room for the cooling system—which could mean existing R5 housings may not accommodate the new model. Other additions to the upgraded camera include a 21-pin multifunction shoe debuted on the R3, a full-size HDMI socket, and the inclusion of the Canon Log 2 profile.

Whatever the full specs turn out to be, you can be sure DPG will let you know—as soon as the truth is out there…


When purchasing underwater photography equipment like the product mentioned in this article, please support DPG by supporting our retail partner—Backscatter.com.